DUP MLA Paul Givan has said he will push for a conscience bill following Ashers verdict.

A court ruling that a Christian-owned bakery had no right to refuse an order for a gay marriage cake will not prevent a conscience clause bill coming before the Assembly, a Lisburn MLA has said.

DUP MLA Paul Givan is continuing to consult on an Assembly bill that would allow people with religious beliefs a limited exemption from certain equality law requirements.

The LGBT Community, rights organisations and campaigners believe that the clause in legislation would give businesses a license to discriminate.

Mr Givan said his private member’s bill would protect Christians who “do not feel there is space being made for their religious beliefs”.

The DUP MLA said his party leader had no apology to make for last year labelling the Equality Commission’s support for the court action “bonkers”.

Speaking outside the court yesterday, the Lagan Valley MLA said: “Peter Robinson has no apology to make. It is the Equality Commission that should apologise for using taxpayers’ money to drag this family through the courts.”

Mr Givan told UTV Live: “The judge has said that religious belief is also of high priority, yet it is to be restricted – you are not allowed to now manifest your religious beliefs in terms of the businesses that you are involved in.

“So we now have a hierarchy of rights. Gay rights are more important than the rights of religious belief.”

Speaking on the same programme, Chief Commissioner for the Equality Commission for Northern Ireland, Dr Michael Wardlow said: “Let’s separate opinion from fact. This wasn’t a landmark case – this was the judge saying ‘the law on equality legislation is confirmed’.”

Mr Robinson said yesterday: “I’m not terribly surprised [by the Ashers verdict] to be honest, that’s why we were 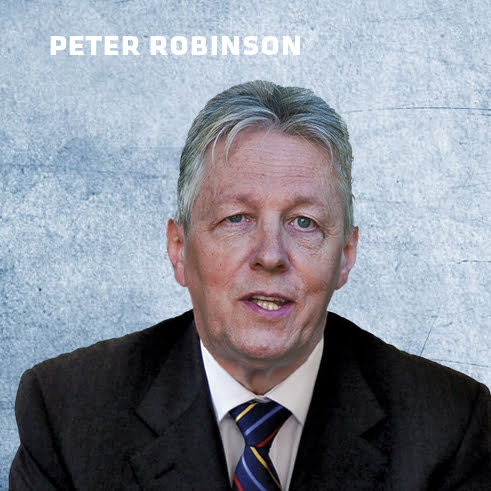 preparing a legislative alternative. I suspect that there will be an appeal so I don’t want to say any more about the case itself, but in terms of what we were looking to do, I think we have refined over the months through the consultation process.”

Shortly after Tuesday’s court ruling, Robinson told journalists: “We have been listening to people and I think the term ‘reasonable accommodation’ is now what we would like to frame some legislation around – recognising that there are rights on both sides and therefore there has to be a reasonable accommodation between the two.

Stephen Fry shone a spotlight on the proposed back in December 2014 when he tweeted this to his 9.5 million Twitter followers: “Please sign this: once again the religious right twisting truth to present themselves as victims. Sick.” Mr Fry has repeatedly expressed an opposition to organised religion, and has attacked church teachings on sexuality. 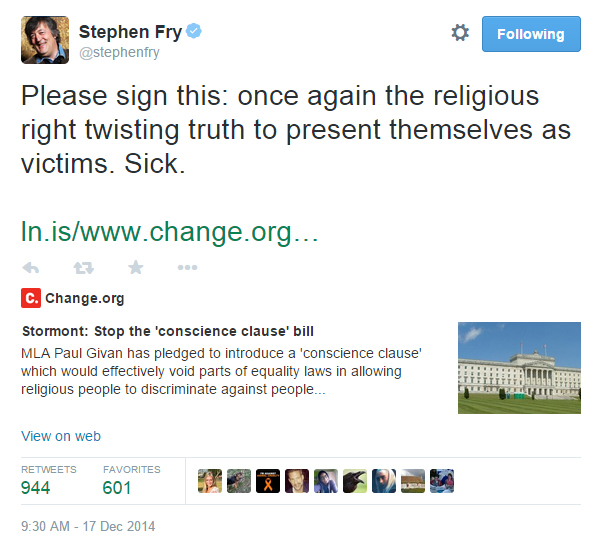 The Presbyterian Church in Ireland says the ruling in the Ashers’ Bakery case should “profoundly concern everyone who wants to live in a genuinely pluralist society”.

Rev Hamilton said: “The owners of Ashers Bakery consistently maintained that the issue for them lay with the message they were asked to produce and not with the customer. Yet in a deeply disturbing development, businesses will now be compelled to produce materials or messages, even if they are incompatible with their owners’ deeply and reasonably held beliefs.

“Such levels of state control are surely contrary to the freedoms and liberties that we should seek to uphold out of respect for the worth of every person and for the common good of society. 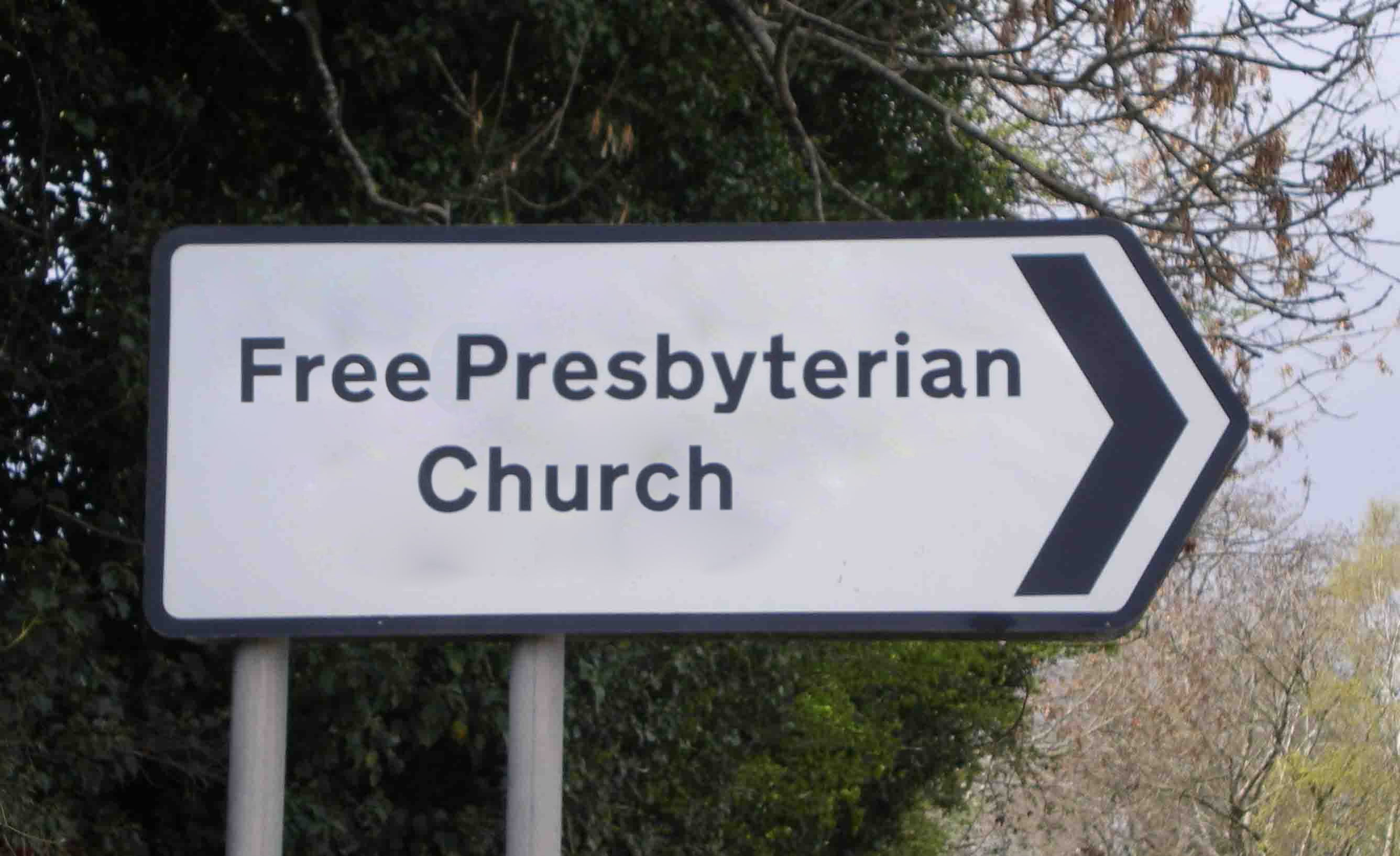 “In light of today’s judgement, it is clear that the law needs to be changed. In a truly pluralist society, the law should protect everyone from discrimination, while properly valuing the role of conscience. No one should be treated as a second class citizen, as we are all created with equal worth in the eyes of God.

“This is why as a Church we have stated that we want to see the concept of ‘reasonable accommodation’ developed in law. This would achieve a better way for people of all faiths and none to manifest their beliefs in the public arena, which includes the business world.

As Irish citizens prepare to vote on same-sex-marriage, the southern Equality Tribunal yesterday began to process a complaint against a Drogheda printers which refused to produce invitations for a civil partnership ceremony.

The Christian-owned Beulah Print and Design company in Co Louth confirmed in March that it had declined an order from Jonathon Brennan, one of their former customers.

Meanwhile Sinn Fein have confirmed they would use rally politicians from the SDLP, Alliance, NI21 and independents to use a petition of concern to stop the Private Member’s Bill in its tracks when it comes before the Assembly.