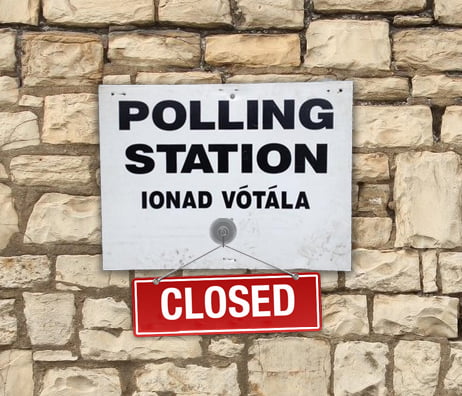 Voters have been be asked to approve an amendment to the Irish Constitution that states: “Marriage may be contracted in accordance with law by two persons without distinction as to their sex.” Making same-sex marriage legal requires this change to the constitution that can only be passed with a referendum.

Counting does not take place overnight in Ireland – with the count set to begin across the country from 9am tomorrow. The final result is set to be declared in Dublin Castle.

More than 3.2m people were asked whether they want to amend the country’s constitution to allow gay and lesbian couples to marry. Early reports are of an uncharacteristically high turnout. 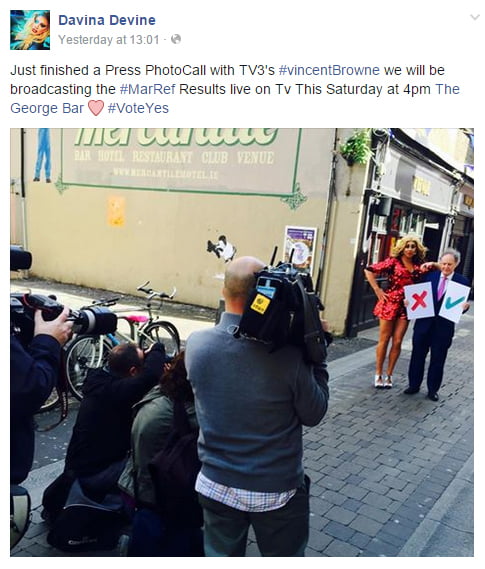 Irish citizens have been sharing photographs and stories on social media as they travel home to vote in the equal marriage referendum.

Ireland could become the first country to legalise marriage equality through a referendum vote on the issue.

60,000 expats are eligible to vote. Those who have left the country less than 18 months ago are able to vote in the referendum, but need to show up at a polling station in person.

Before the vote on Friday, Twitter was filled with pictures of people returning home to have their say on marriage equality using the hash tag #hometovote.

Sydneysider Mark Govern is so motivated about the Irish gay marriage referendum he has flown all the way home from Australia to ensure his yes vote is counted.

“I felt it was something I should do. If I didn’t vote and it didn’t get over the line then it would be something I would intensely regret,’’ Mr Govern, 31, told The Australian.

He has been in Australia since August last year and falls within the rules limiting the vote to any migrant who has been out of Ireland less than 18 months.

All of the political parties are backing a “yes” vote. 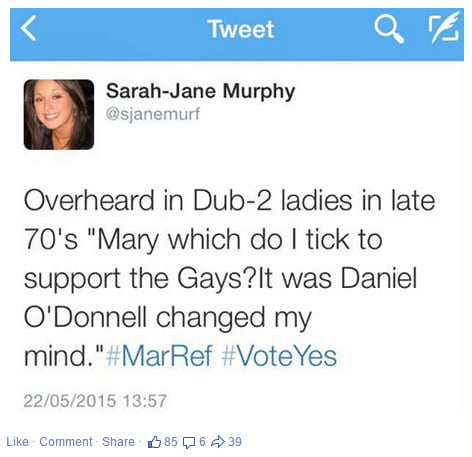 But campaigners for gay marriage fear that a large proportion of younger people who back the move have emigrated amid Ireland’s economic woes.

Opinion polls throughout the two-month campaign suggest the government-backed amendment should be approved by a majority of voters, which would make Ireland the first country in the world to legalise same-sex marriage through a referendum when the results are declared on Saturday afternoon.