Ireland has officially become the first country to legalise same-sex marriage through a referendum.

The results of the historic vote were announced at Dublin Castle to a crowd of around 2,000 people and the media.

As the majority of results filtered through to the referendum headquarters in Dublin Castle earlier today it was becoming clear a Yes outcome was likely.

With turnout so high yesterday the vote result didn’t arrive as quickly as anticipated.

The atmosphere in the upper yard at Dublin Castle was described as “astonishing” with “thousands of people celebrating what they have done.” There were scenes of pride and jubilation at the result as chants of “We’re Gay, We’re Gay” to the tune of the song “Olé, Olé!” were heard pouring out of the castle.

Boos momentarily filled the air at the castle grounds as the constituency of Roscommon-South Leitrim lit up red with a No Vote on the interactive results map.

One of the leading No campaign groups “Mothers and Fathers Matter” congratulated the Yes Campaign on their win. The No Campaign admitted defeat early on in the referendum results announcements.

As early polls showed a strong lead for a yes vote as the day progressed Senator Katherine Zappone proposed to her partner Ann Louise Gilligan live on RTÉ’s referendum coverage.

Voters chose to amend Article 41 of the 1937 Constitution in a section titled The Family to say:  “Marriage may be contracted in accordance with law by two persons without distinction as to their sex.”

The Irish are used to referendums. There have been 35 since 1937, when the Irish voted by plebiscite on the draft constitution that established the Republic of Ireland.

Senator David Norris has said Ireland is a poster for the rest of the world and he has thanked people for welcoming gay people into the Irish family.

Panti Bliss said on RTE “it’s like we asked the whole country to marry us and they said yes! … This is 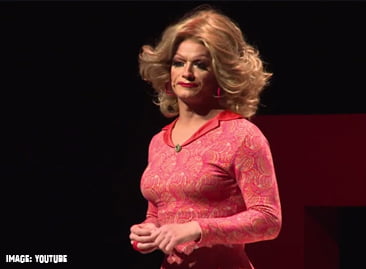 the epitome of a grass roots campaign. Not this notion of a campaign being run by the Dublin elite. A campaign started over 40 years ago. It’s thrilling.”

Ireland’s justice and equality minister, Aodhan O’Riordain, says he is proud to be Irish on Saturday after early results from the country’s referendum on same-sex marriage pointed towards a ‘yes landslide’ with predictions of a margin of around two-to-one. O’Riordain says he doesn’t think Ireland will ever to go back to the way things were, ‘we’ve made a resounding statement about what we believe in’

Minister for Health Leo Varadkar, who earlier this year came out as the Republic of Ireland’s first openly gay minister, said the campaign had been “almost like a social revolution”.

At the start of the referendum campaign a 67-year-old veteran politician, Pat Carey, came out as gay for the cause of the Yes campaign. Mr Carey, a former parliamentarian for Fianna Fail, told the Guardian two months ago that he came out to convince those of his generation and rural background that it was ok to be gay.

Turning up at Dublin Castle, Carey said of the result: “It means everything for myself and people like me. It’s a gigantic step along the road of a very long journey and it’s a day where the Irish people will have wide open arms, and embraced us like I never thought they would do it with such strength and generosity.”

“The signal that Ireland has given today is extraordinary” he added.

A poll on Independent.ie showed 93% of people believed the result meant “Ireland has changed for the better”. 7% said “the status quo should have prevailed.”

To give effect to the amendment, the Oireachtas (Ireland’s parliament) will enact the Marriage Bill 2015, which will state in law that being of the same sex is no longer an impediment to marriage. Officials in the Department of Justice are due to start the drafting the legalisation next week. A spokesman said the Bill would be ranked with a view to it being passed by the Oireachtas before the summer recess. The law will set out the practical changes to come. When it comes into place, two people getting married will declare that they accept each other as “husband and wife” or as “spouses of each other”. It will also state that a change of gender will have no effect on marriage…

When the Marriage Bill has been drafted, it will go to Cabinet for a formal sign-off. It will then be enacted by the Oireachtas – probably in July – before practical work is done on changing marriage forms and procedures. Lastly, the Minister for Justice will sign a commencement order. 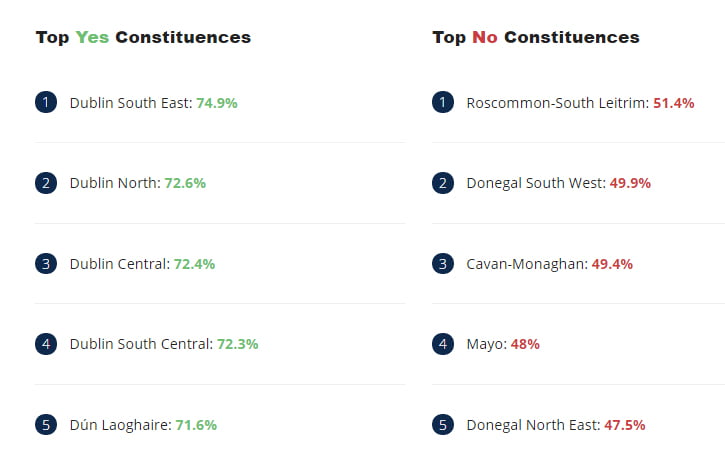 The emerald isle was literally alight with referendum chatter last night as the excitement reached fever pitch at around 9:30pm as the last remaining votes were being dropped into their boxes. 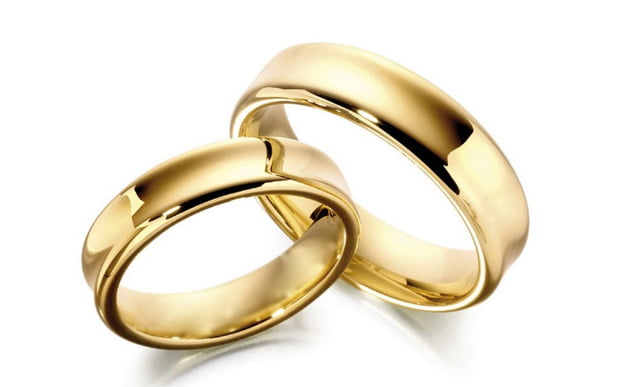 International interest made the hashtag #VoteYes the top trending issue on Twitter and thousands of Irish expatriates made the trip home from Britain and as far afield as New York and Sydney to vote, groups encouraging the ‘Yes’ vote, using the hashtag #hometovote, said. “I’ve been genuinely overwhelmed by the scale and the scope of the hometovote movement,” said Joey Kavanagh of the #GetTheBoat2Vote group, as he and many others made the long journey home by train, bus and ferry from across the UK to Ireland.

Archbishop Diarmuid Martin has told RTE’s Joe Little that “the church needs to do a reality check” and needs to find the language to speak to young people.

Father Gerry O’Connor, a priest in the Cherry Orchard area of Dublin, said that notions of the traditional heterosexual nuclear family were changing, and he saw it as a moral imperative to advocate for same-sex marriage, even if the church does not agree.

“I live in a disadvantaged area where every family structure exists, and when you sit down with those families your preconceptions can be challenged,” he said. “I feel strongly for these families and I see no evidence that a vote for equal status that would help end the present stigma is to the detriment of the common good.”

Ireland has seen a remarkably swift transition into equality; homosexuality was only decriminalised in the country in 1993 and civil partnership legislation was only recently enacted back in 2010.

“This is set to be a historic day for Ireland and for LGBTQ equality.

“The apparent scale of the Yes vote leaves us in no doubt. The people of Ireland have unequivocally given their affirmation that our friends, family and allies from the LGBTQ community have every right to marry.

“Be assured I will continue to work towards equal marriage for all in Northern Ireland”. 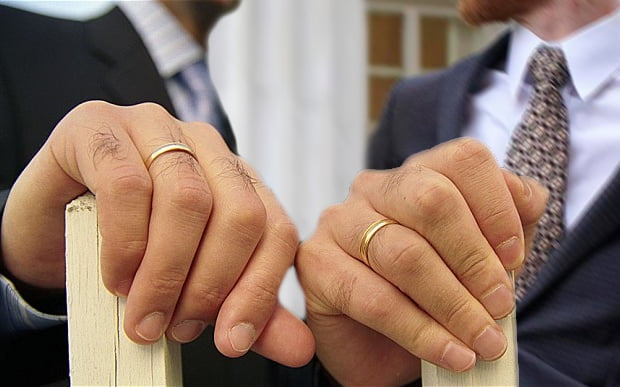 A protest is being planned at Belfast City Hall next Saturday at 2pm calling for a “more equal and fair society” The Facebook page of the protest reads:

“The referendum in the Republic of Ireland has given great hope to the LGBT community around the world. The referendum was not just about equal marriage, as important as that is. It also gives us all hope that we can build a more equal and fair society.

However, in Northern Ireland we still do not have the right to marry and elected representatives have failed to get a motion passed for same sex marriage 4 times. Shame on our Assembly! As a young member of the LGBT community myself I am disgusted at this. But I feel now that the result in the South should spur us on here in the North. Equality can’t wait! Let’s get out and make our voices heard. Fellow Members of the LGBT community and everyone who believes in equality, I urge you to join us in a rally, Saturday 30th May, at 2pm, City hall!

I hope to see many people there, it’s urgent that we organise a large movement to fight against this oppression and demand equal marriage status!” 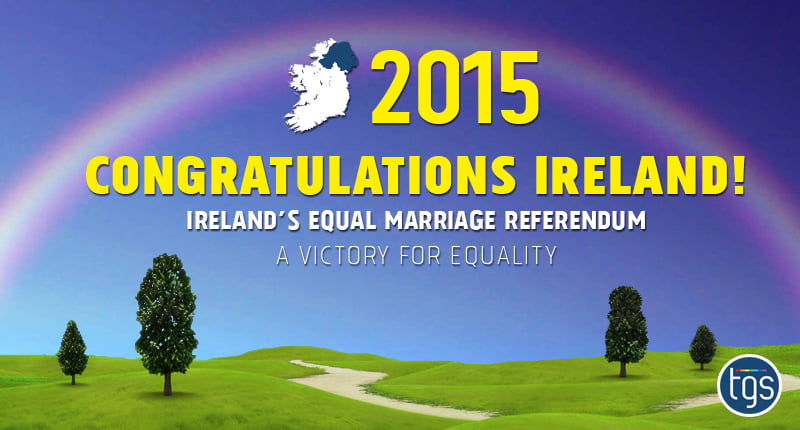