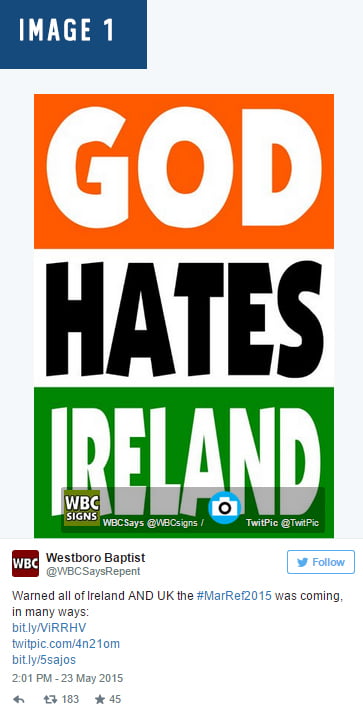 Image 1 shows the church’s insulting response to yesterday’s revolutionary change in Ireland. Ireland voted overwhelmingly to amend Article 41 of the 1937 Constitution in a section titled The Family to say:  “Marriage may be contracted in accordance with law by two persons without distinction as to their sex.”

The church, located in Topeka, Kansas, is categorized as a hate group and is monitored as such by the Anti-Defamation League and Southern Poverty Law Centre.

WBC was headed by Fred Phelps and consists primarily of members of his extended family; in 2011, the church stated that it had about 40 members.

Shortly before Fred Phelp’s death in March 2014,  several church representatives came forward to state that the church had not had a defined leader in “a very long time.”

A statement on the website of one link posted by the group reads: “Ireland has absolutely failed its duty to God. It has been wholly given over to the idea that it is okay to be a filthy fag. They have allowed their fags to establish themselves at every level of society, especially in the government. “

Another of the links in their tweet directs people to a music video created by the group to re-affirm the possibility that God may now hate Ireland.

You can see some of the standard replies to the @wbcsaysrepent tweet below: 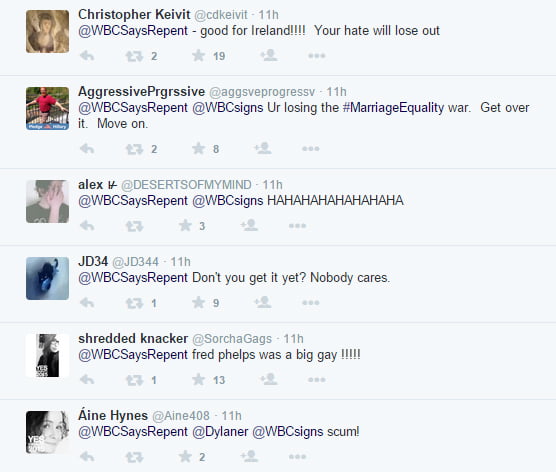