The Christian-run bakery at the centre of a discrimination case over a so-called ‘gay cake’ has decided to appeal.

Ashers bakery was ordered to pay £500 for refusing to make a sponge cake with a pro-gay marriage slogan on it.

Following the courts verdict in Belfast last week Daniel McArthur told the Christian Institute that “because of the case they have had more opportunities to talk about their Christian faith and the Lord Jesus Christ and for that we can be very thankful to God.” Mr McArthur said the “small financial penalty was disappointing” but was “a small burden to bare as the case has provided us with an opportunity through which we have been able to speak about our faith and our beliefs” 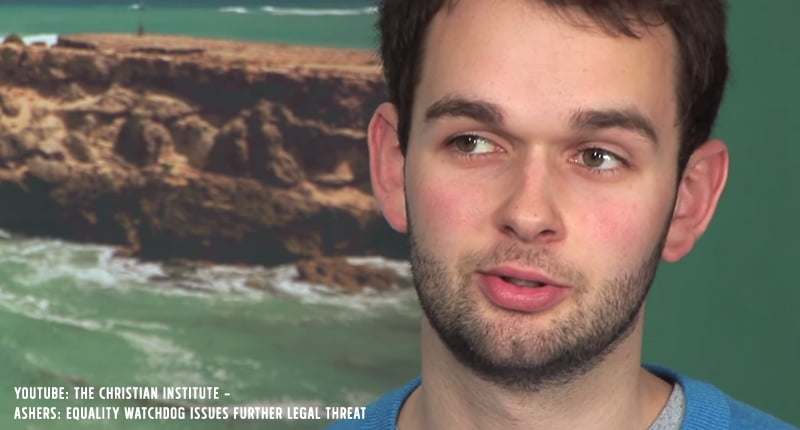 Daniel Mc Arthur, the manager of Ashers added: “The ruling suggests that all business owners would have to be willing to promote any cause or campaign no matter how much they disagree with it, or as the Equality Commission has suggested, they should perhaps just close down and that can’t be right. But we won’t be closing down. We certainly don’t think we have done anything wrong and we will be taking legal advice to consider our options.”

A Belfast court found that customer Gareth Lee had been unfairly discriminated against on the grounds of his sexual orientation.

He was backed in the case by the NI Equality Commission, , which has a statutory obligation to monitor compliance with equality laws, was supporting the civil action on behalf of the customer.

The order placed at the firm’s shop at Royal Avenue in Belfast was for a private function marking International Day Against Homophobia last May.

The McArthur family, who own the bakery, have now said they will challenge the ruling after having sought legal advice.

In a statement issued today, the McArthur family who run Ashers said: “After much careful and prayerful consideration given to legal advice, we have decided to appeal the judgement handed down last Tuesday.

“We continue to insist that we have done nothing wrong as we have discriminated against no individual, but rather acted according to what the Bible teaches regarding marriage.

“Our hope and prayer would be that an appeal will allow us and other Christians to live out their faith in Jesus Christ in every part of their lives, including their workplace.”

The case came about after the Ashers declined an order placed at its Belfast store in May 2014. Rights activist Gareth Lee had requested a cake featuring the Sesame Street puppets Bert and Ernie above the slogan “Support Gay Marriage”, and to feature the logo of Belfast-based campaign group QueerSpace.

Supermarket giant Tesco last week said it was ‘reviewing’ its relationship with Ashers, after the company was found in breach of equality legislation.

Speaking to the media after the ruling, Mr McArthur said the bakery would not close, and that despite the ruling, they did not consider that they had done anything wrong.

“We will not be closing down. We have not done anything wrong”, Mr McArthur said.

Earlier this week, the bakery announced it would begin only making baby and birthday cakes, following the ruling.