Trans people in Ireland will now not have to rely on testimony from psychiatrists or endocrinologists to have their gender recognised by the state.

The announcement was made yesterday by the Tánaiste and Minister for Social Protection, Joan Burton and was welcomed by Transgender Equality Network Ireland (TENI).

Instead, their self-declaration will be accepted, for the purpose of updating passports, driving licences, obtaining a new birth cert, and getting married. 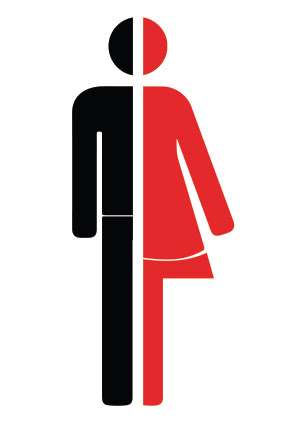 Tánaiste Burton announced yesterday that the Cabinet has agreed that, under the Gender Recognition Bill currently before the Oireachtas, changes of gender will be effected by a “statutory declaration,” for those over the age of 18.

Following today’s Cabinet decision…amendments will be made to the Bill at Committee Stage to ensure there will be no need for a supporting statement from a medical practitioner.

The Transgender Equality Network Ireland (TENI) has applauded the change, calling it a “hugely significant move” that makes Ireland an “international leader.”

“The Government has shown great vision and conviction in ensuring the rights of trans people. This legislation will significantly improve the lived realities of trans people in Ireland.”

In light of the landslide win in last month’s referendum on marriage equality, the Bill will also no longer contain the ‘forced divorce’ clause which required people wanting to transition to decide between their families and legal recognition.

“This is a momentous moment. To be given the respect to self-determine our gender is true equality. For once I can believe our community are seen as full equal citizens. Today I am so proud of our country.”

“The medical testimony requirement had been a controversial element of the bill, with Sinn Féin MEP Lynn Boylan describing it as “an insult to transgender people.””

“A person’s gender identity is a matter for each individual. Transgender people know their own identity. They don’t need medical evaluation to prove their identity to anyone.”

Applicants aged 16 and 17 will still require a court process, involving medical statements, before they can apply for a gender recognition certificate.

“As the marriage equality referendum has been passed there is no Constitutional barrier to a person in a marriage or civil partnership having their preferred gender legally recognised.”