Marriage equality is a reality in England, Scotland, Wales and the Republic of Ireland. It has been fought for and won with blood, sweat and tears in the US, Canada, New Zealand, Spain, Portugal, France, Belgium and even in South Africa and in the Pitcairn Islands. But not in Northern Ireland.

We are the same country that produced awesome bands like Snow Patrol and The Undertones and great actors like Liam Neeson and Kenneth Branagh. Game of Thrones is filmed here, as is The Fall. Great women like former Irish President Mary McAleese hail from here. Authors such as CS Lewis, and world famous sportsmen like George Best and Rory McIlroy were born here.

For such a tiny corner of the world we do a pretty good job of standing out on an international stage.

The only thing is that sometimes these achievements and inspirational role models can take second place to news of what we don’t have. Marriage equality.

Same sex couples are still not equal under the law in this country and we can’t get married in our own city. We can do that in Dublin, Glasgow or London but not in Belfast.

We pay taxes, we work, we are teachers, police officers, civil servants, doctors, nurses, chefs, ambulance drivers, mothers, fathers. Sons and daughters. Together we are society and yet we aren’t totally part of it. 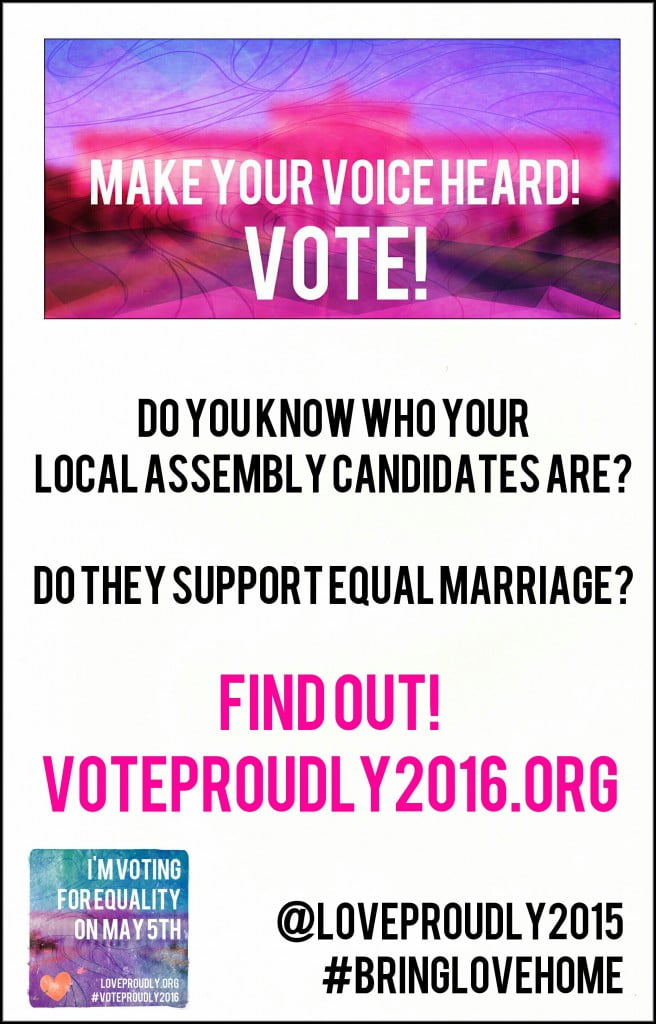 Thankfully it isn’t all doom and gloom or being left out in the cold because the people of Northern Ireland have a choice. There’s an election coming up for our local devolved parliament, the NI Assembly. It and the 108 MLAs elected to it have the sole authority over the marriage laws here.

So far any attempt, no matter how small, to bring the matter to the floor has been defeated no less than five times. We need to make a choice. We can continue sniping from the side-lines and hoping for change or we can get involved and make that change happen.

Just like the men and women at Stonewall, we have a responsibility to future generations to make our voices heard when the time comes.

History is made by those that show up. Don’t be left out of the story.