A petition started last month calling on the DUP to end their abuse of the “Petition of Concern” mechanism to block attempts to introduce marriage equality legislation has now achieved over 9,000 signatures.

Danny Toner, the founder of The Gay Say, who started the petition said:

“The LGBTQ+ community in Northern Ireland continues to face unfair treatment which is out of step with human rights standards in Western Europe. Many jurisdictions are now being seen to advance the treatment of LGBTQ+ people, who have faced widespread oppression because of their sexual orientation for many years.

“Indeed, last year the Republic of Ireland voted overwhelmingly in favour of equal marriage through a referendum. Just north of the border, the largest political party continues to aggressively and shamefully discriminate against people within the LGBTQ+ community.

“The DUP have abused the ‘petition of concern’ mechanism to stop equal marriage legislation five times in a row. As a result the LGBTQ+ community are being continually denied equal status and protections for their relationships and are being treated as second class citizens. Not only is this an abuse of a parliamentary veto but it also highlights the DUP’s constant attacks on the LGBTQ+ community in Northern Ireland. An LGBTQ+ couple’s love and commitment is exactly the same as any heterosexual couple’s. We all should be equal under the law but elements within the DUP insist on pursuing a hurtful and damaging campaign of intolerance, discrimination and verbal attacks that has ultimately placed a stranglehold on human rights. No one is above the law but somehow the DUP think that that they can dictate who in society has access to one of the cornerstones of society and family life.

“Because of the DUP’s attack on human rights in relation to the rights of LGBTQ+ people, it is now time for us all to make a stand.

“The petition to stop the DUP abusing the petition of concern has snowballed into an international campaign to raise awareness of LGBTQ+ human rights abuses in Northern Ireland.

“The #EndTheVeto campaign is attracting massive amounts of attention online, particularly from neighbours in the Republic of Ireland, England, Scotland and Wales where same sex couples who have already entered into marriages are unaware their marriage licenses are downgraded to civil partnerships in Northern Ireland.

“All of the main political parties, apart from the DUP and UUP, have so far backed the campaign.

“Feedback from campaign supporters has hinted at unknown amounts of lost foreign investment, tourism and trade.

“We all, as citizens of Northern Ireland, should be aware of what voting for the DUP on 5th May actually means.

“I would encourage anyone who values the human rights of their LGBTQ+ family, friends and neighbours and colleagues to support the campaign and finally bring an end to the oppressive and dehumanizing actions of the Democratic Unionist Party.”

The online anti-homophobia campaigning platform STOP-homophobia has also joined the campaign. The petition is currently being broadcast daily to over 200,000 Twitter Followers and over 730,000 Facebook Fans to raise awareness of the campaign on a worldwide stage.

A spokesperson for Stop-Homophobia told The Gay Say: 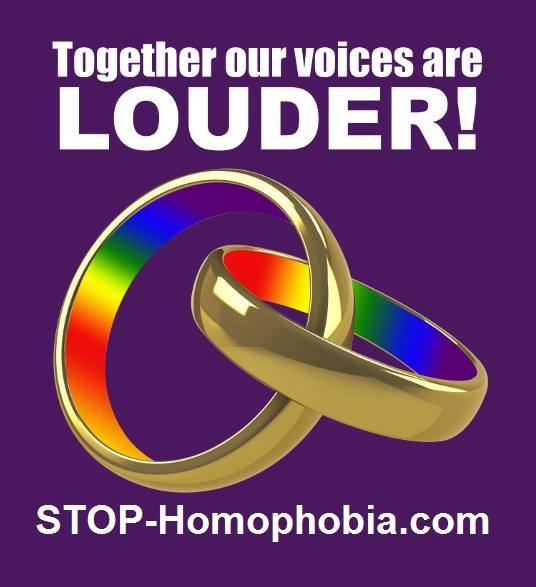 “Same-sex couples want to marry for all the same reasons as their opposite-sex counterparts.

“These reasons include: for legal security, to publicly celebrate their commitment, to provide greater legal protection for their children, or simply because they are in love. Married partners have immediate access to all relationship entitlements, protections and responsibilities. A marriage certificate also allows married partners to easily prove their legal rights if challenged, for example in emergency situations.

“The capacity to quickly and easily prove one’s relationship status is particularly important for same-sex partners because prejudice against same-sex relationships can mean legal rights are denied. Allowing same-sex couples to marry will show that marriage is relevant and resilient enough to embrace changing social attitudes in the same way it did last century when married women were given legal equality and interracial marriages were allowed. Civil unions have not only not fulfilled their promise of equal rights and respect for same-sex couples, they appear to have made matters worse. Instead of eliminating discrimination they have entrenched it. Instead of removing stigma they have inflamed it. Instead of being a step towards full equality they are a step away. Prominent human rights activist Peter Tatchell added his support for the campaign last month. “The DUP is going against the basic democratic principle that everyone should be equal before the law. The Petition of Concern is being abused by the DUP to block equality. It was never intended to be used to block equal gay civil rights.”

What do the other party’s say?

“Marriage equality threatens no one or any religious doctrine. Sinn Féin promises to raise the issue until it is implemented into legislation that gives all couple equal legal rights in marriage”

Leader of Alliance LGBT , Micky Murray had this to say about the petition and the journey towards equal marriage in Northern Ireland.

“Alliance LGBT are proud to support this petition, for too long the DUP have misused the PoC to block Marriage Equality. It’s taken 5 debates and 5 votes in the assembly to win a majority vote in favour of Marriage Equality, politicians are slowly catching up with the public view on the issue and a party that labeled themselves as democratic should be willing to give the people of the country what they want no matter their personal view. No one is asking the DUP to endorse Marriage Equality, simply to comply with democracy and stop using the PoC to block a motion that they themselves have a personal, not political, dislike of. The fight for LGBT equality grows stronger and stronger every day and the momentum is still building.”

A spokesperson from the SDLP press office added.

“We oppose the use of the veto to block proposals on human rights or equality issues, and support your campaign.  We will continue to fight for marriage equality, as shown by our Party Leader Colum Eastwood, who has announced we will introduce a Marriage Equality Bill in the next Assembly term.  This legislation, if passed, will finally allow gay, lesbian and bisexual people in Northern Ireland to get married.”