A huge thank you to everyone who has supported the #MarriageEqualityNI Thunderclap campaign.

Northern Ireland is the last place in the UK, Ireland and much of Western Europe to push forward with marriage equality legislation. Together we can help change that.

We hope that this project will encourage voters in the Northern Ireland Assembly Elections to vote for political representatives who value and respect equality for everyone.

Last month, research from the US revealed that legalisation of same-sex marriage had been linked to a 7% drop in suicide attempts among teenagers. The team of researchers from Johns Hopkins University, Harvard University and Boston Children’s Hospital noted that the impact of this change in law was especially significant among gay, lesbian and bisexual teenagers, for whom the passing of same-sex marriage laws was linked to a 14% drop in suicide attempts.

These findings highlight the need for urgent action on LGBT issues in Northern Ireland and across the world.

Marriage equality is about standing up for basic human rights, respecting our differences and providing equal opportunities for everyone in society. 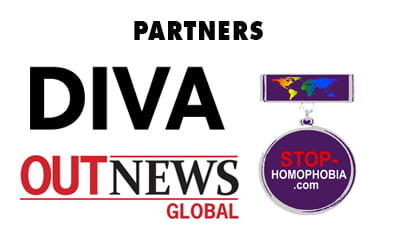 Please use the #MarriageEqualityNI and #AE17 hash tags today on social media to tell your family, friends, colleagues and neighbours what marriage equality means to you.

Thank you to our partners at DIVA Magazine, Out News Global and the huge anti-homophobia platform Stop-Homophobia for all of the support throughout the project.